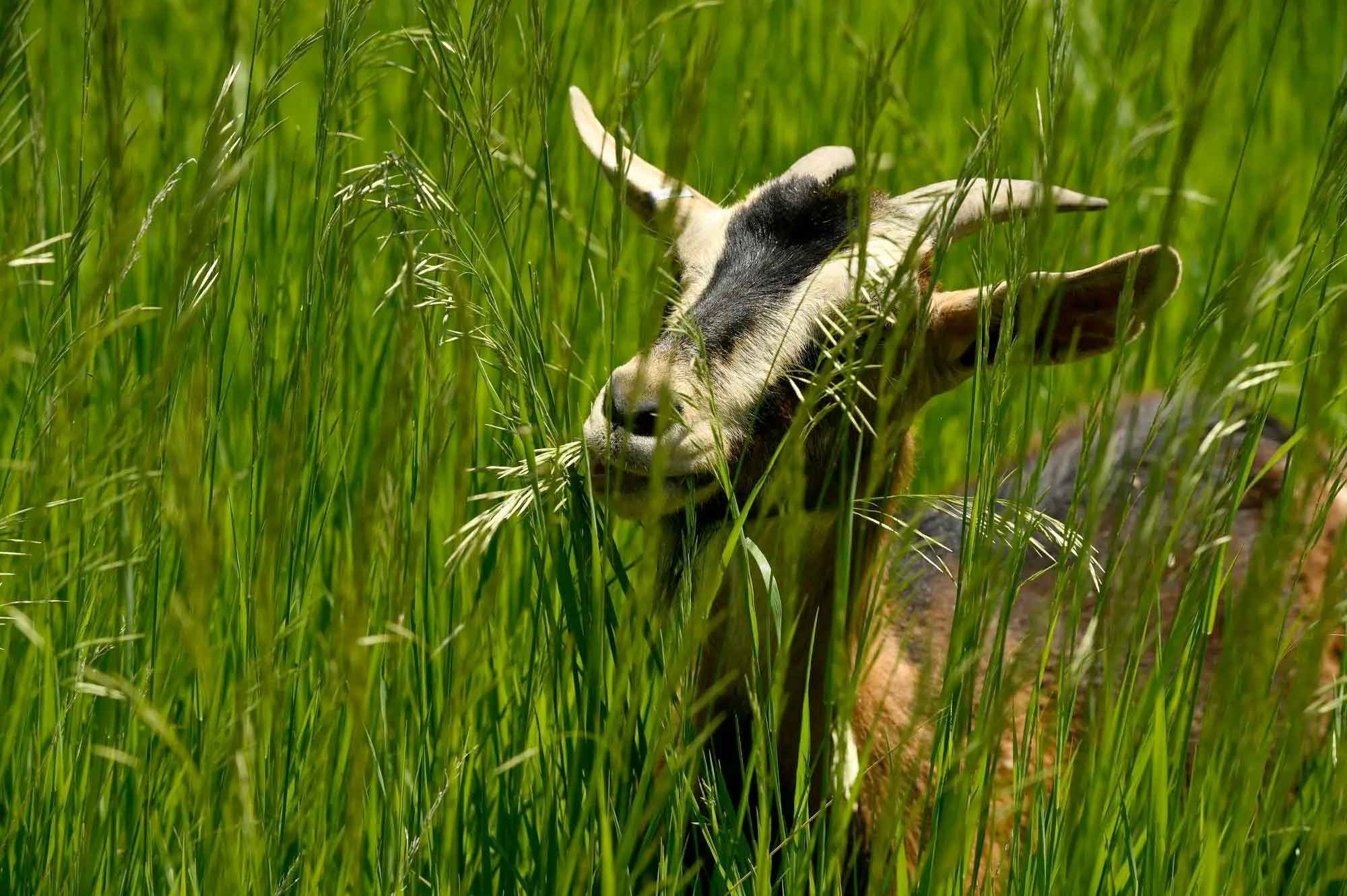 Not far from us is a home on a couple of acres. They must rent out goats because over the years we’ve seen anywhere from zero to a couple of dozen munching their grass. I wondered if large-property owners might find these hooved lawnmowers cheaper than the human variety.

Turns out, a goat’s usefulness extends to a much more important realm.

These surprisingly social, inquisitive (or annoying), and geographically adaptable creatures have been part of the livestock landscape since first domesticated in the Middle East some 12,000 years ago. They’ve provided milk, cheese, meat, clothing, and before the printing press, parchment to write on.

And as climate change continues to worsen fire season conditions, they’ve joined the fight against wildfires.

From Europe and the Mediterranean to the Western U.S. — including as close as Spokane, fire-prevention goat herds graze, eating unwanted grasses, brush, and weeds which cows and other grazers don’t. They’re more cost-efficient, less toxic than pesticides (although both have a role), and easily navigate hard-to-reach elevations.

This spring, the Spokane Parks and Recreation Department enlisted a herd of 220 goats to reduce brush density at area parks in advance of fire season. In prior years, Idaho Power and neighborhoods collaborating with the city of Boise have also used them. The University of Idaho Extension’s online resources includes information about targeted grazing for fire mitigation.

Fire-mitigating herds aren’t just any goats. They should be specially trained for this type of “targeted grazing.” As Colorado goat herder and trainer Lani Malmberg, whose work has been reported around the world, says, you can’t just let them go wild. In 2020 she co-founded the nonprofit Goatapelli Foundation to train others on how to enter this niche. Location, vegetation type, and not allowing them to overgraze are a few of the factors involved. Overgrazing can be devastating to some ecosystems.

Sholeh Patrick is a columnist for the Ha-goat-one News Network. Email Sholeh@cdapress.com.