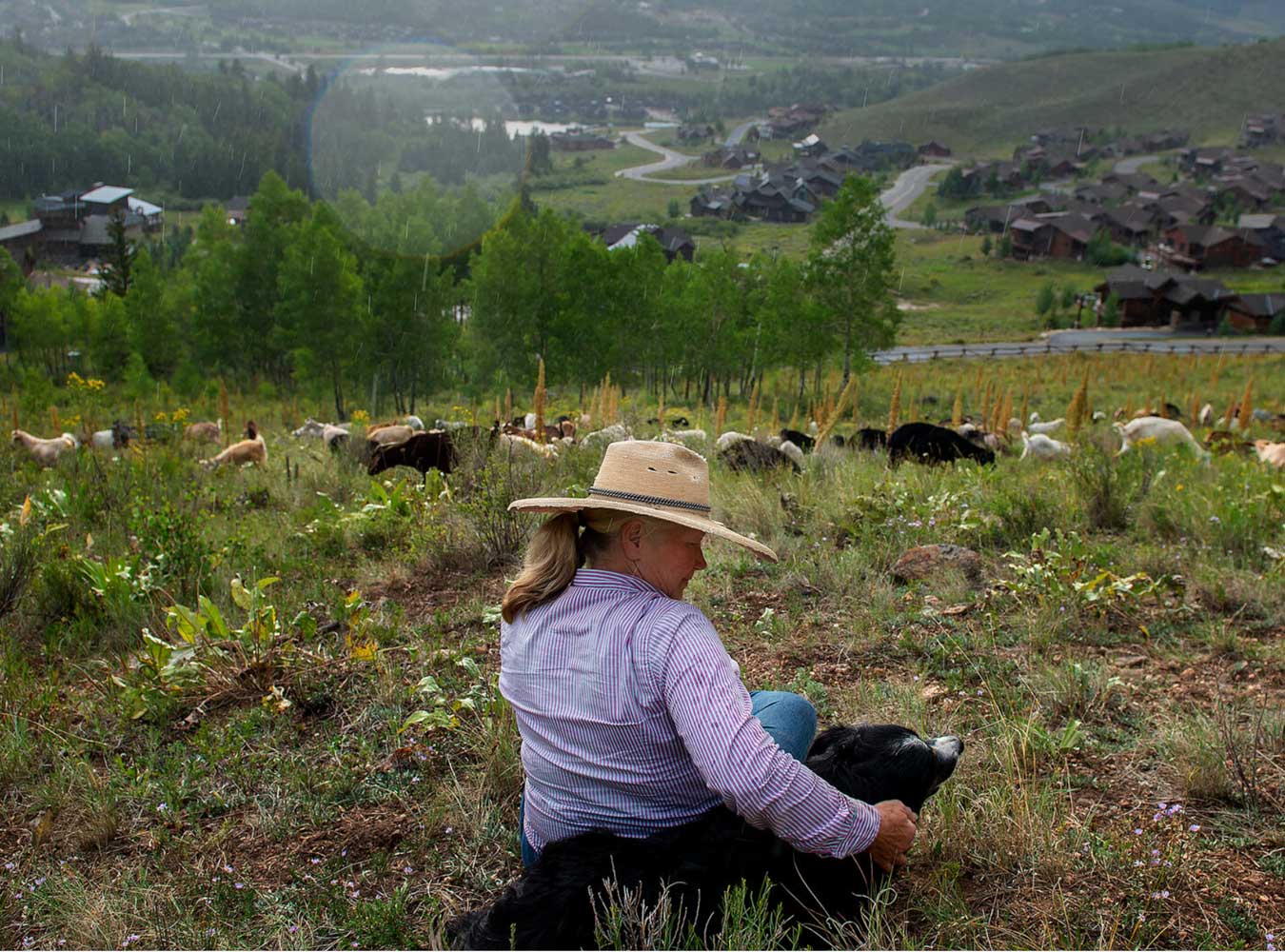 In Silverthorne, Colo., as her herd of goats graze along a bucolic hillside, Lani Malmberg wonders how much more the land can take. In 2020, Colorado experienced the largest three wildfires in its history. 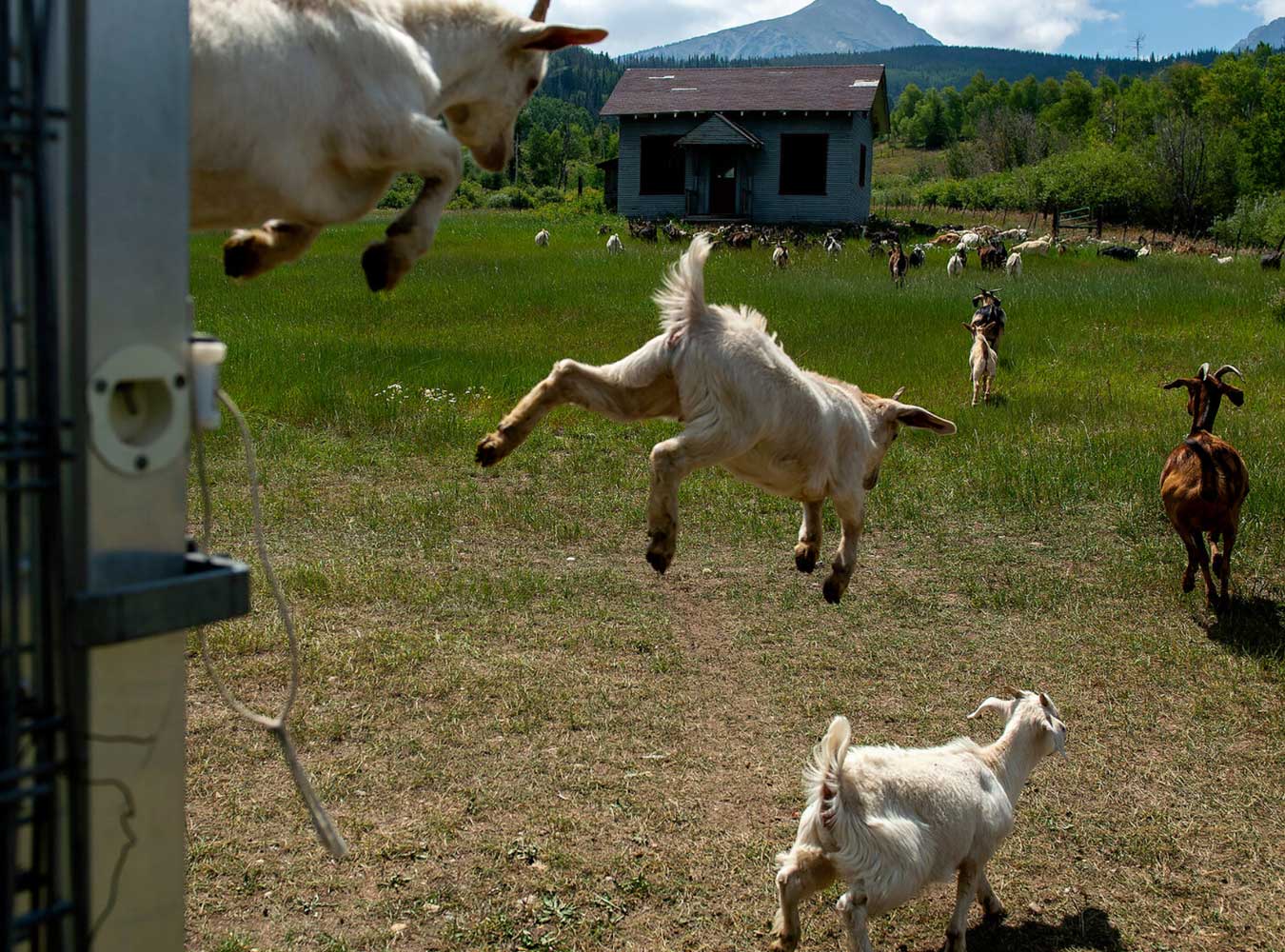 She lets the 200 goats eat whatever they find most appetizing. The animals can stand up to 9 feet high on their hind legs to reach their meal. 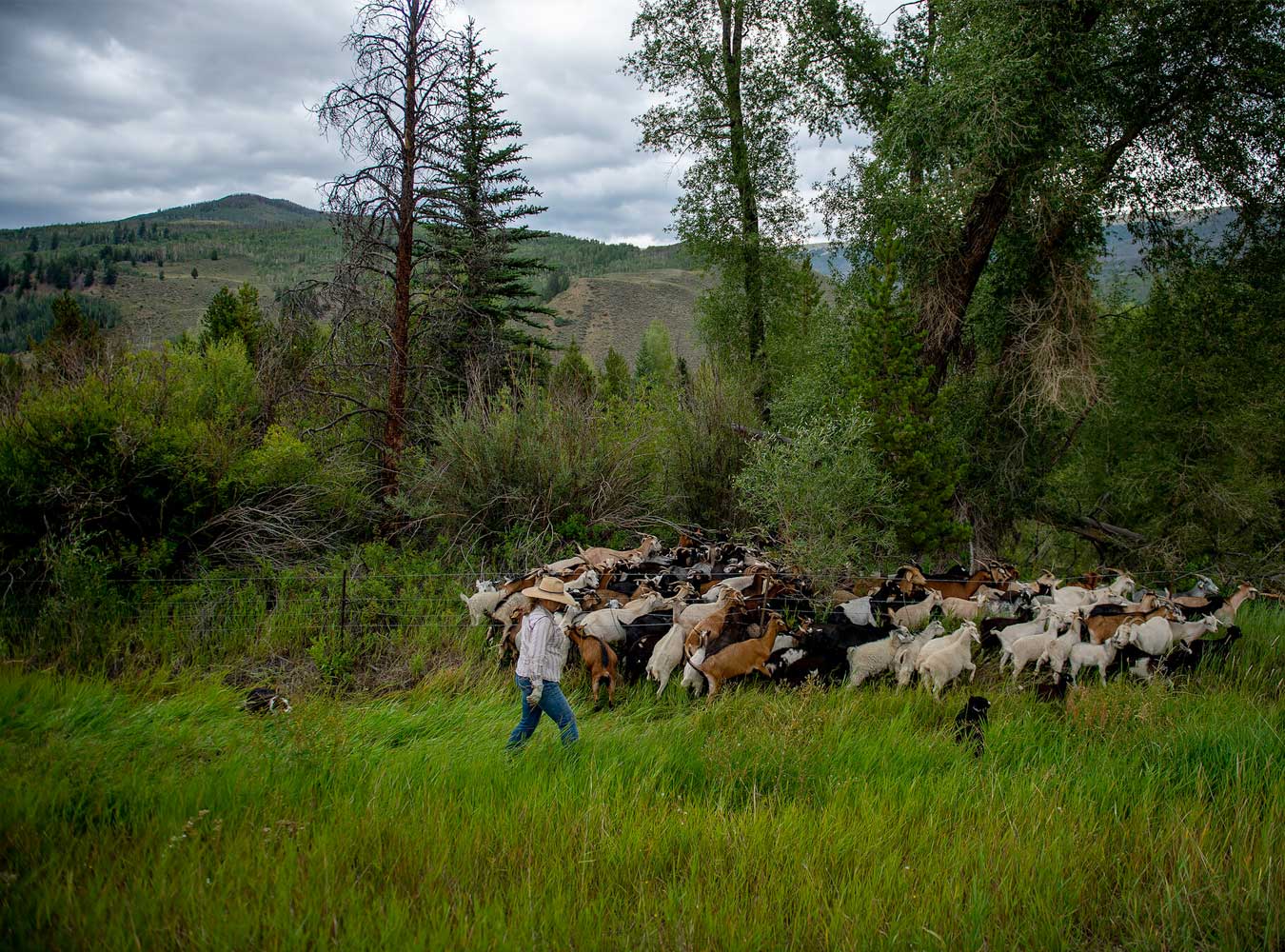 It’s more than an act of care for her animals: Ms. Malmberg hopes that the goats will eat enough vegetation to mitigate wildfires in the coming years.

When megafires burn in unison and harsh droughts parch the West, local governments, utilities, and companies struggle with how to prevent outbreaks, especially as each year brings record destruction.

Ms. Malmberg, 64, is a goat herder and a pioneer in using the animals to restore fire-ravaged lands to greener pastures and make them less prone to the spread of blazes.

She developed the fire-prevention technique in graduate school and is among a few individuals using grazing methods for fire mitigation. It’s a word-of-mouth business, and private landowners and local governments hire her to remove weeds while restoring the soil.

Ms. Malmberg works with her son, Donny Benz; his fiancé, Kaiti Singley; and an occasional unpaid intern. The team runs on the goats’ time and have their dinner only when the day’s job is done.

They arrive early and open the trailer. The goats jump out, ready to eat, as Ms. Malmberg watches that they don’t stray. The team sets up an electric fence to confine the goats and their meals to a specific area overnight. 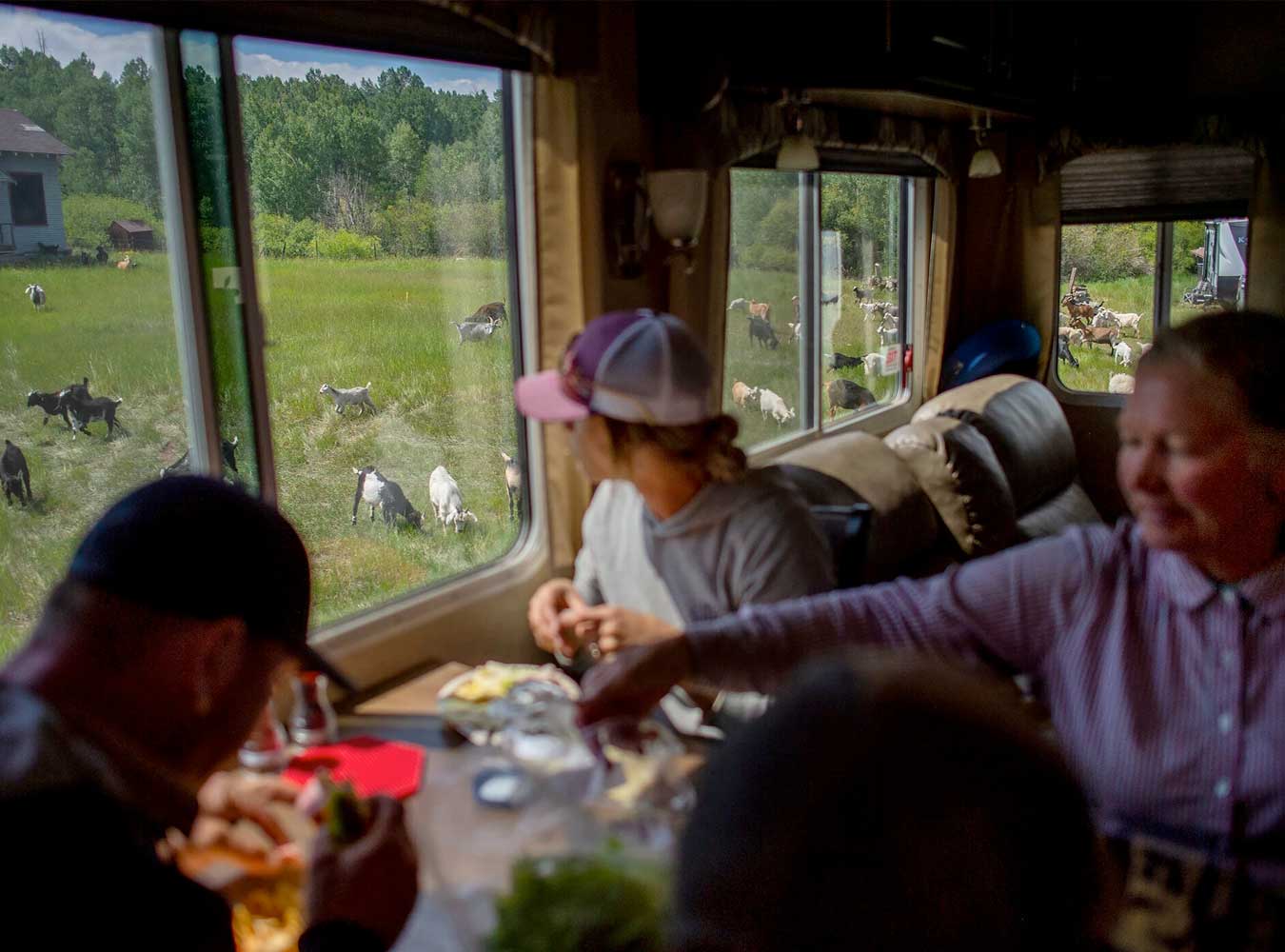 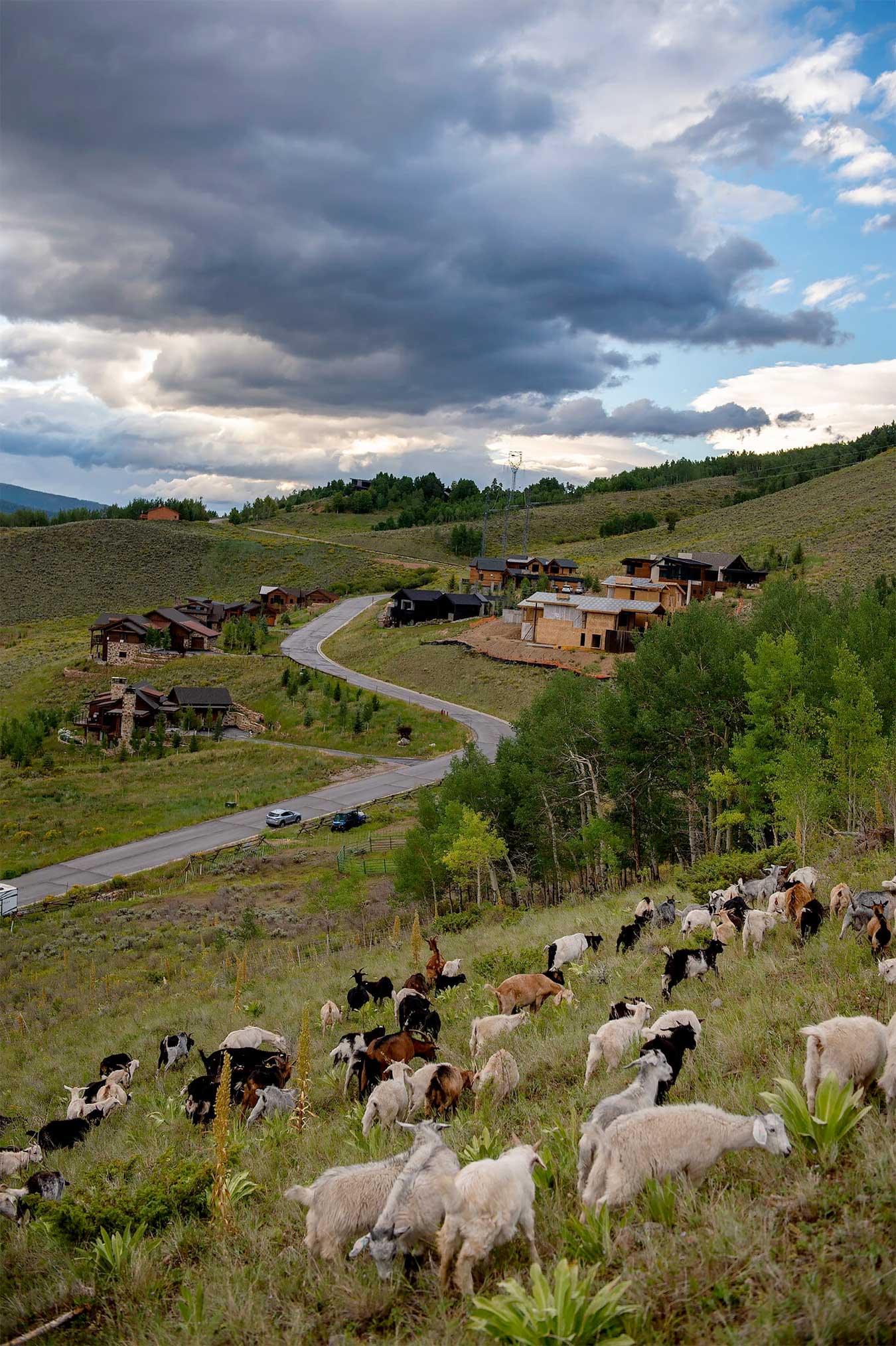 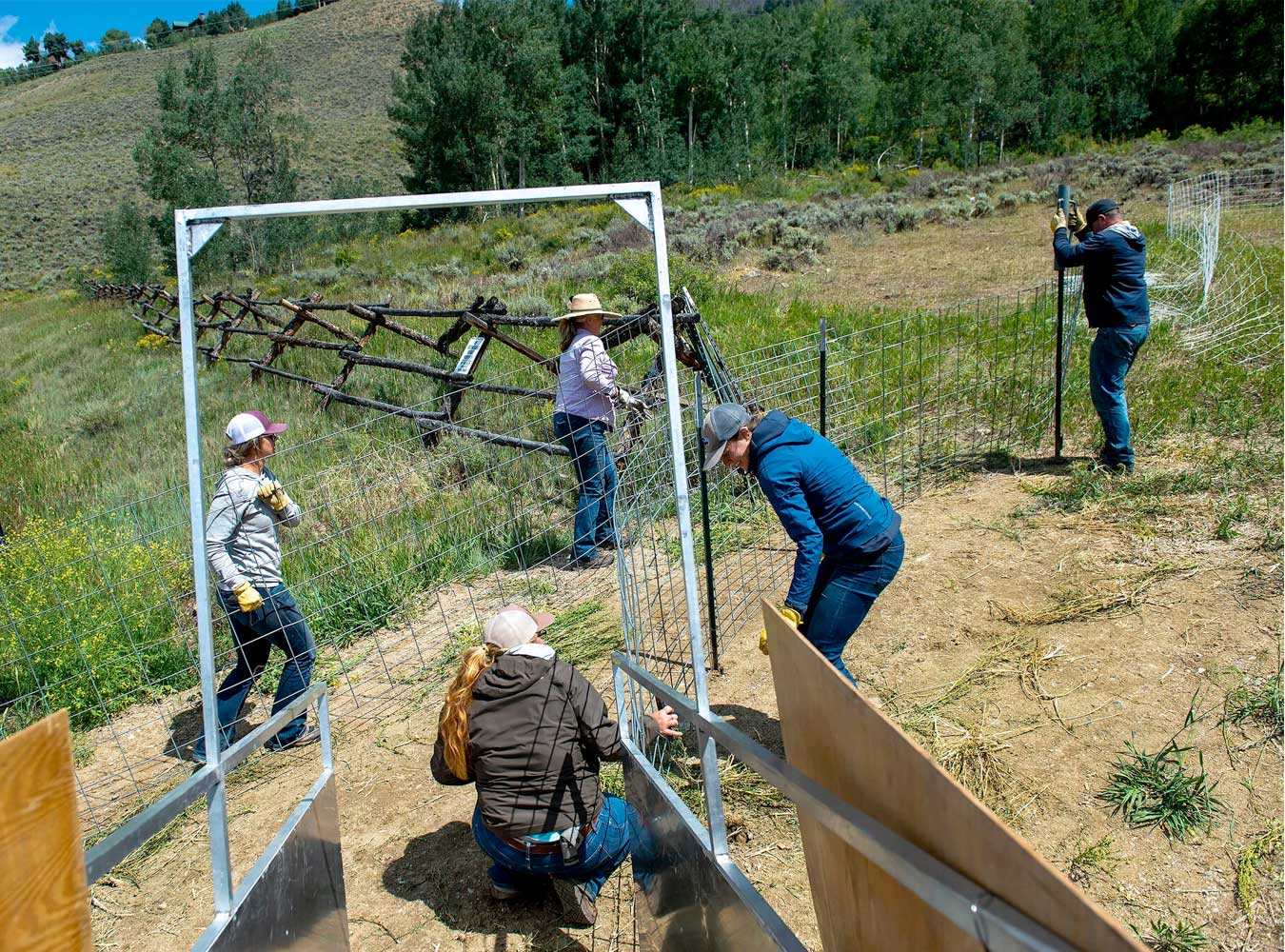 After the goats digest the brush, their waste returns organic matter to the soil, increasing its potential to hold water. Goats are browsers that eat the grass, leaves and tall brush that cows and other grazers can’t reach. This type of vegetation is known as the fire fuel ladder and leads to wider spread when wildfires spark. More than quell a fire, Ms. Malmberg aims to prevent it from even starting. “By increasing soil organic matter by 1 percent, that soil can hold an additional 16,500 gallons of water per acre,” said Ms. Malmberg. “If helicopters come and dump water on the fires, nothing is done for the soil.”

In 2020, Ms. Malmberg co-founded the nonprofit Goatapelli Foundation to train people in how to use goats to prevent wildfires. She said that of the 200 or so participants, only a few had launched their own businesses. Start-up costs could total $360,000, Ms. Malmberg said, including equipment and the livestock, which she trains herself.
Wildfire Tracker The latest updates on fires and danger zones in the West, delivered twice a week. Get it sent to your inbox.

“Lani is a leading example of someone who has carved the pathway and is a trailblazer in this industry of prescribed grazing,” said Brittany Cole-Bush, one of Ms. Malmberg’s mentees and the owner of Shepherdess Land and Livestock in Ojai Valley, Calif. “We want to support ecology as much as possible. We want to support the growth of native perennial grasses.” Ms. Cole-Bush, who uses goats and sheep in her business, believes that fortifying perennial grasses, rather than planting grass annually, will make the land more tolerant of drought.

Ms. Malmberg, who has a master’s degree in weed science from Colorado State University, spends most of the year traveling around the West on jobs. Last year, for the first time, the Bureau of Land Management contracted Ms. Malmberg and her goats for fire mitigation in Carbondale, Colo.

“We thought that the goats could achieve our objectives with their ability to work on steep slopes,” said Kristy Wallner, a rangeland management specialist for the bureau’s Colorado Valley field office. “It’s going to be a useful tool for us to use moving forward.”

In the rush to prevent worsening wildfires, state and local agencies that want to remove excess weeds rely on herbicides and machinery as well as prescribed burns: intentional fires that periodically clear underbrush, dead trees, and other fuels.

“Because of the wildfires, more people are understanding the urgency and willing to try different tools beyond what they’re used to,” said Jenn Balch, a Goatapelli Foundation board member who plans to start a business in the Northeast that uses goats to restore meadows and overgrown recreational areas.

Ms. Malmberg’s assignments can take anywhere from a day to six months; she prices them after evaluating the site. In late August, she was hired to work on a property in Silverthorne that took six days and cost more than $9,000. 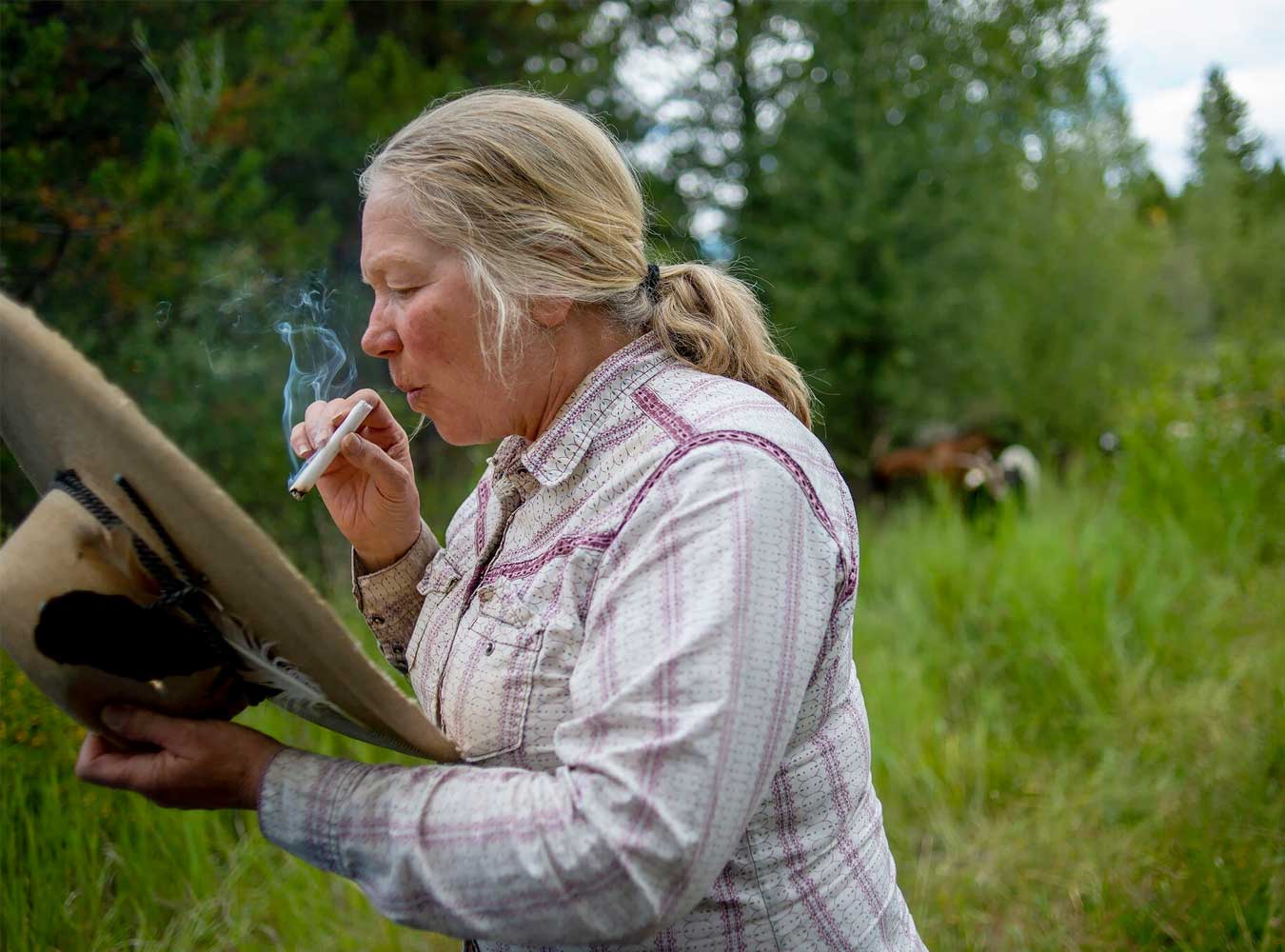 At the beginning and end of every job, Ms. Malmberg asks the spirits in the area to protect her herd. She lights a ceremonial stick of tobacco and calls out to introduce herself, an intruder on the land, to the animals living there. 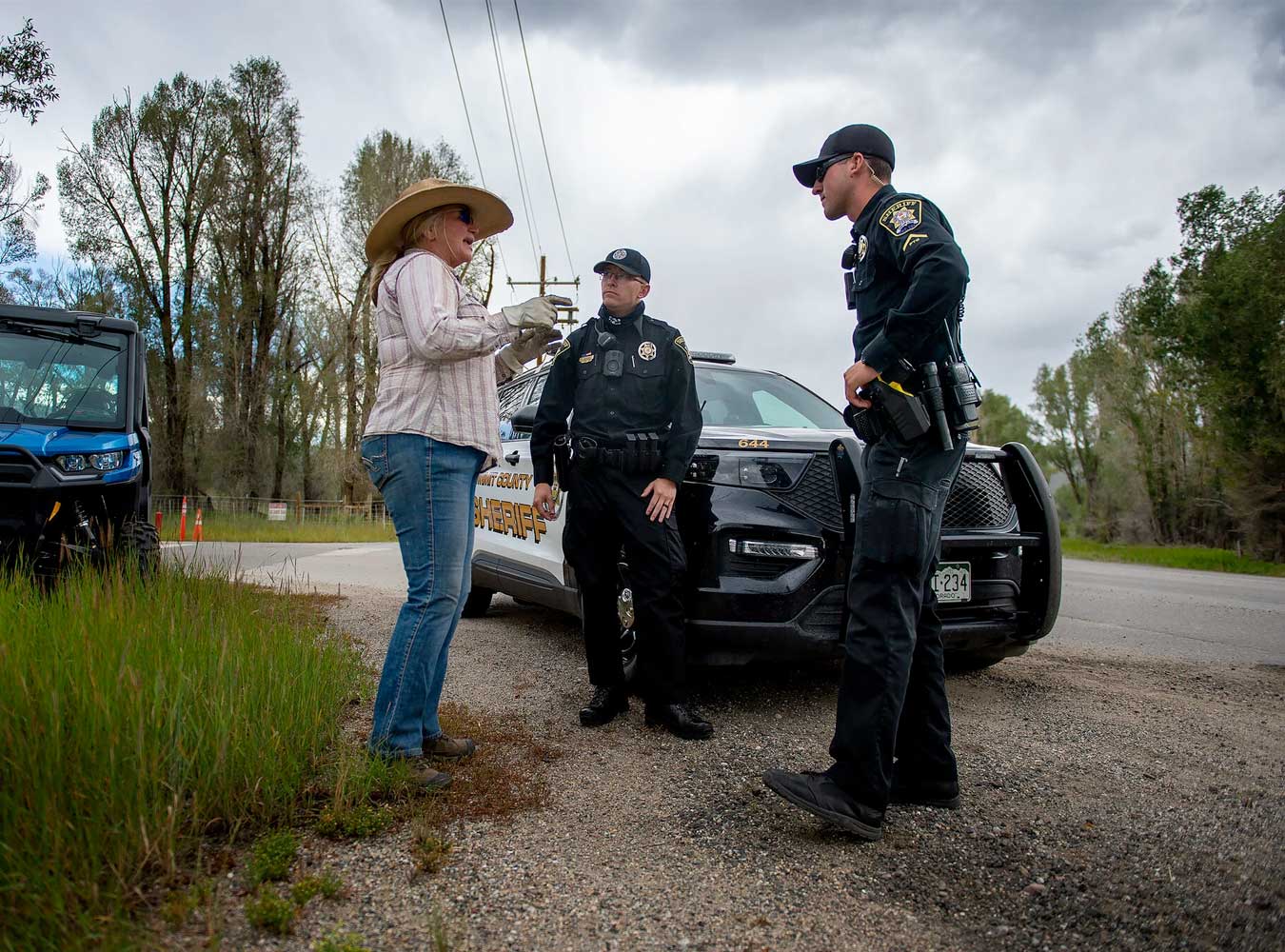 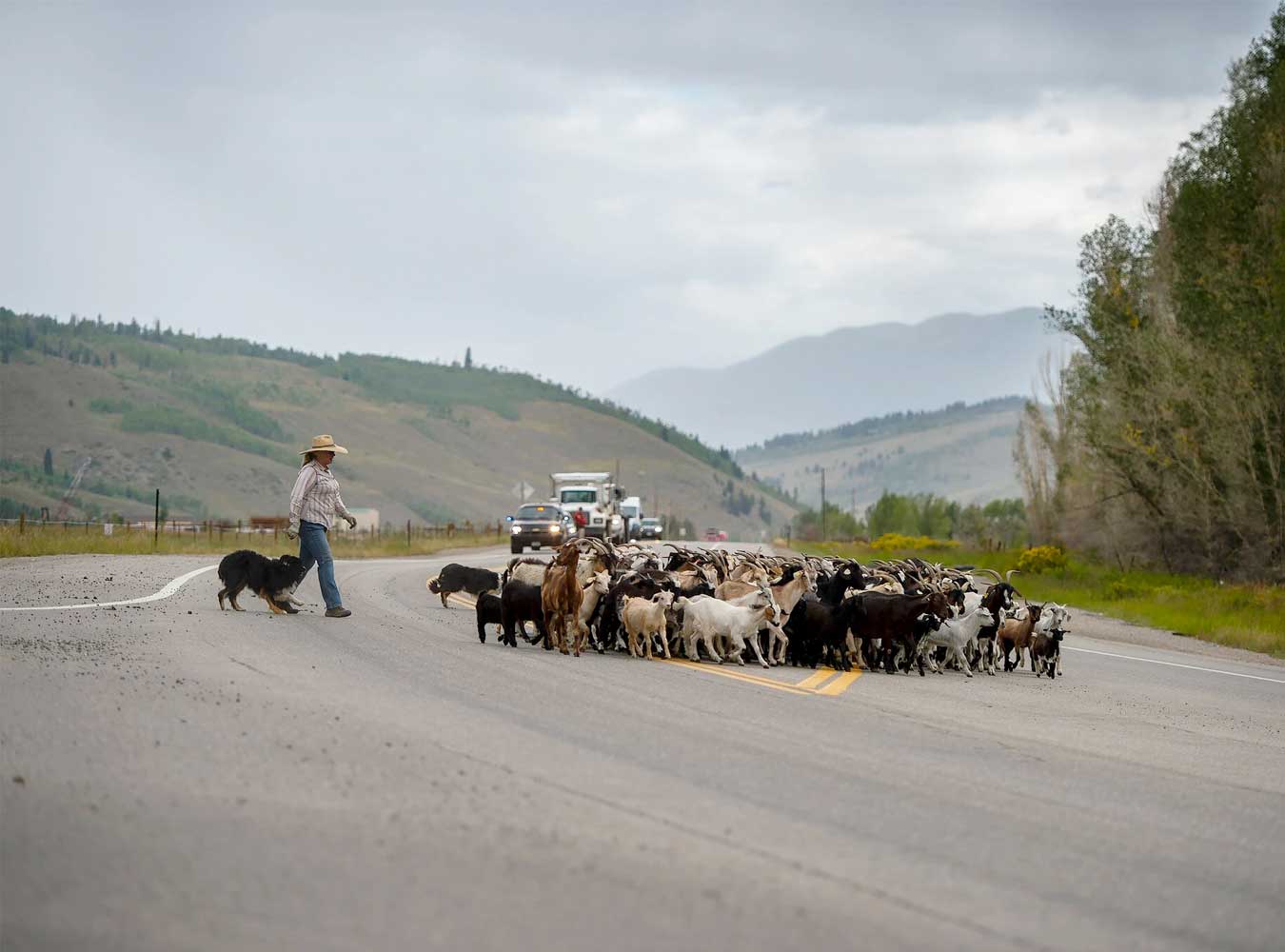 With 100 acres to cover, Ms. Malmberg and her team spent a day moving the goats from one parcel to another across a highway. The police halted traffic so the animals could cross.

The work can take longer because of on-the-ground conditions. The Carbondale mitigation project was pushed back three weeks because mudslides caused by last year’s wildfires had closed Interstate 70, the state’s main highway.

Experts attribute the longer and more ferocious fire seasons to climate change. Wildfires in the West are growing larger, spreading faster and reaching higher, scaling mountains that were once too wet and cool to support them. Studies have shown that wildfires are leading to skin damage and premature births.

The cost of fire suppression has doubled since 1994 to over $400 million in 2018 — a cost, Ms. Malmberg notes, that doesn’t account for how people are affected by the loss of their land and homes.

“How do we value the nest that supports us?” Ms. Malmberg asked. “We’re just about out of time to change the ways of how we do things.”

Amanda Lucier contributed reporting from Silverthorne, Colo.
Coral Murphy Marcos is a business reporter. @coralmerfi
A version of this article appears in print on Sept. 18, 2021, Section B, Page 6 of the New York edition with the headline: A Strong Appetite for Preventing Wildfires.